Gen designs her own future

By the age of 12, Gen Bax had seen more of the world than most people three times her age, thanks to her Dad – a pilot.

An extremely gifted student, at 19 she was working her way through a bio-medical degree on her way to a career in medicine, and by her mid-20s she had jumped into marketing and business.

But despite her amazing achievements and adventures, for Gen, something didn’t feel right.

In her 30s she put her finger on it. She had been chasing other people’s dreams for her, not her own. And what she really wanted to do, blended her creative, adventurous side, with her academic mind. It was interior design.

So she took the plunge, and enrolled in Open Colleges’ Diploma of Interior Design and Decoration. 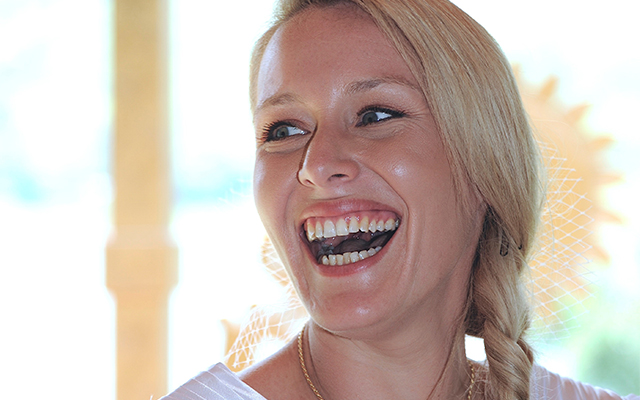 “My parents really wanted me to be a doctor or a lawyer,” she said, “so after high-school I chose the path of least resistance and followed their wishes by studying bio-medical science at university”.

“I was studying sometimes 20 hours a day. I hated it. At the end of my first year I managed to talk my way into the post-grad labs and ended helping a PhD student out with their research, so I knew where the career led, and I knew I wouldn’t be happy doing it.”

Partway through her degree, deeply unhappy with her choice of profession, Gen decided that a career in business may be a better direction, and so switched degrees to business and marketing.

Soon after, she decided that university was not for her and jumped into the business world to build up a successful career.

Despite her seeming success, in her quiet moments, Gen knew it wasn’t what really what she wanted to do.

Her husband, a quantity surveyor for large construction projects, noticed her unhappiness, as well as her absolute love of design, and suggested that she might like to look into interior design.

“I was really struggling, and my husband and I had been watching a lot of interior design style shows on TV, like The Block, and he noticed how much I loved design.

“Because of his work, he knows quite a lot about the interior design industry, so after a couple of months of subtly testing my interest, he finally turned to me and said ‘Why don’t you study interior design’, and honestly it was a lightbulb moment for me,” she added. 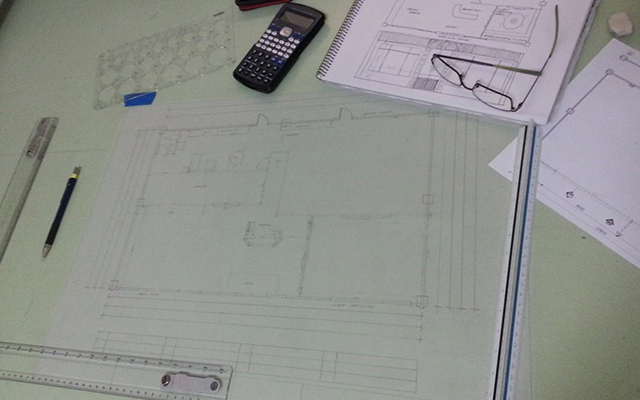 Speaking about the decision to change careers in her 30s Gen said “I wish I’d have done it straight out of high school, but I’m glad that I’m finally doing something that I love instead of something that makes me unhappy. After all, it’s better late than never!”

Her decision to study with Open Colleges had to do with a combination of factors: rural living, convenience, course quality and industry recognition.

“I knew that I didn’t want to go to a classroom. I wanted to be able to do it in my own time, but also know that I had support if I needed it,” she said.

“I also wanted a serious, industry recognised qualification. As soon as I found out that the Diploma of Interior Design and Decoration through Open Colleges was an actual TAFE-accredited course where you are issued with a TAFE Diploma. It was a no-brainer!” she added. 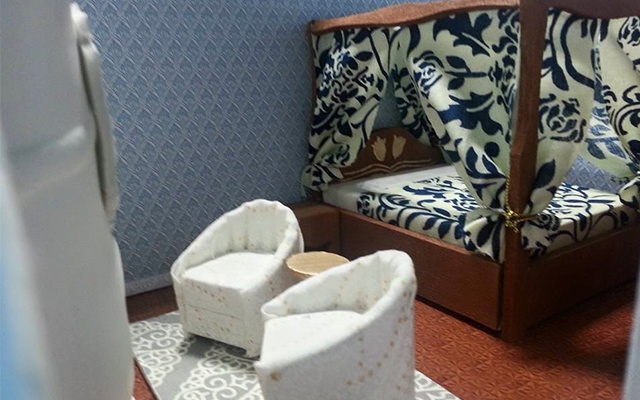 A room model Gen made as part of an assignment

A self-starter with a drive to succeed, within a few months of starting her Diploma, Gen had organised a group of fellow students into a study group where everyone helps and supports each other.

“I’ve got 19 people in it now,” she said, adding “I wanted it to be a collaborative thing where if one of us is struggling then everyone jumps in behind them and helps. And that seems to be what we’ve created, so it’s really, really good.”

As for her trainers, Gen is really impressed at the speed with which her questions are answered and her assignments are marked.

“My Trainers and Chris (the Program Manager) are amazing,” she said.

“My emails have been answered way quicker through Open Colleges than any uni study I’ve done, I don’t think I’ve ever had to wait more than twenty four hours for a response,” she said.

“And the turnaround between when I’ve submitted my assignments and when I’ve gotten my marks has been ridiculously quick,” she added.

As for her future plans, Gen has her sights set high, with the goal of working in the corporate world.

“I’d like to head more into the commercial area where there are bigger projects and where I can work on multiple spaces,” she said. 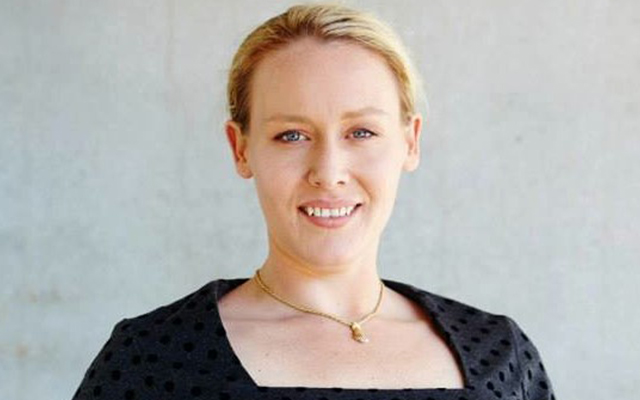 Finally happy and excited about her professional path, Gen said “I now have a career where I can use all my talents, my academic mind as well as my creativity.”

“That old saying really is true, ‘when you find a job you love, you’ll never have to work a day in your life again’,” she said.

As for other people who may be considering a career change in their 30s, 40s, 50s or 60s, Gen has the following bit of advice: “All I can say is anyone who might be in the ‘mature age student bracket’, do not hesitate”.

“Jump in and do it. If it’s something that you’ve always had an interest in and for whatever reason you haven’t gone ahead with it, it is better late than never!

“And Open Colleges is the perfect platform to do it,” she added.

Why not finally explore your passion with a design course from Open Colleges. Study online, in your own time and get the qualification you need to launch your career!