Using life experience to help others: Mick shows the way

Friends have always turned to Mick for advice with their problems. He has always been a person that they could count on, a solid rock in a spinning world. And at 60 years of age, with a lifetime of rich experience and a brush with death, Mick decided it was time to pursue his inbuilt drive to help people, enrolling in a Diploma of Counselling.

A farmer, insurance executive, sheep shearer, husband, father and partner, Mick has lived a full life, and armed with decades of wisdom, firmly believes that this experience will make him an exceptional counsellor.

“The person that I am will help me as a counsellor because I have had a lot of life experiences,” Mick said.

“People talk to me. Friends who have problems will say to me, ‘oh Mick, I’ve got a problem’, and that’s the kind of person I’ve been all my life. It’s one of the reasons that I was attracted to counselling. I always wanted to do something to help,” he added.

However, it wasn’t until Mick was struck down with a life threatening illness and he realised he would not be able to continue his work in the farming industry anymore, that he really began to explore his lifelong gift.

“When I became really sick I turned it into a positive and thought ‘well here’s an opportunity to do the things that I wanted to do years ago’.” he said.

After making the decision to change his path, Mick initially looked to enrol in classes at Bendigo TAFE, but found that the campus did not offer counselling. So he began to investigate online options, and found Open Colleges. 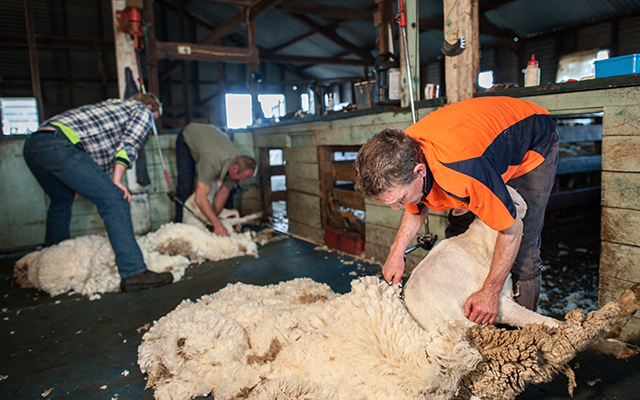 Speaking honestly about his first experiences with online learning, Mick said, “I’m 62 years of age. I started this course when I was 60 and I hadn’t studied since I was 17 years of age when I went to school. You can imagine the difficulty that I had. I didn’t know a lot about computers. I didn’t even know how to send an email”.

Determined to succeed, Mick set about learning how to operate his computer and navigate OpenSpace, and with the help of his trainer, Sally Lewry, he worked his way through his course.

“If I sent an email to Sally with a question I could guarantee that I would get an answer within an hour to two hours, and she would point me in the right direction,” he said.

“There were times when I would just email her and tell her that I’m really down in the dumps, that I want to throw this course away, you know, how all students get, and she just seemed to get me back on track again,” he added.

The person that I am will help me as a counsellor because I have had a lot of life experiences.

Working his way through the Diploma, Mick found himself stretching and expanding in ways he never expected.

“I’m a lot better person. I’m a lot more tolerant. I’m a lot more aware of individuals. Like, in the past, if somebody had different thoughts or views than I had, I would have been critical. I’m not like that now. I’ve got a more broadened view of the world,” he said.

“When somebody leaves school at 17, and especially working in agriculture where there’s not a lot of people around you, your life becomes a little bit narrow.

Armed with life experience and his counselling skills, Mick hopes to use his skills to work with Aboriginal communities.

“I come off the land and I know what the connection to the land is, and I have a great empathy for the Aboriginal people,” he said.

“I just want to know that when I retire I made a real difference to other people’s lives. And by doing that, it will make a difference to my children’s lives. Because kids get proud of their parents achievements, well my kids do,” he added.

Speaking proudly about his children, Mick joked that it was an amazing coincidence that they all were studying at the same time.

“Both of my children are studying psychology at university,” he said.

“That in itself was fabulous because we could sit down and have a conversation, and I could relate to what they’re doing. It was a real pleasure for me. I had a real interest in what they were doing. And a lot of people laugh, the old counsellor Dad and his two psychology students,” he added. 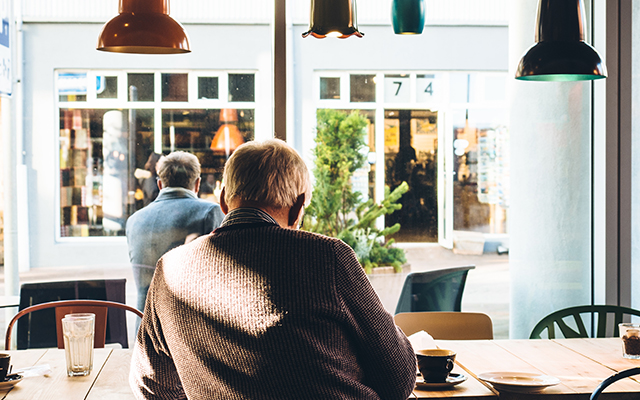 As a man who has held many hats in his lifetime: starting off on a farm, moving to work in insurance for seven years then returning to the land as a professional sheep shearer; Mick does not regret not studying sooner, saying “I don’t regret my life, I’m glad I’ve done what I’ve done”.

“It’s amazing, if you knew where I’ve come from. A lot of people said to me, ‘Mick, you’ll never do that’. And here I am with a Diploma!

Do you have a way with people?

Why not turn your empathy into a career with a Diploma of Counselling from Open Colleges. Study online, in your own time and at your own pace.