Imagine actually being able to remember everything you need from the shops instead of writing a list, or having the skill to be able to recall large chunks of your study materials at the drop of a hat.

Even if you are convinced that you have a ‘bad memory’, science has proven that memory can be improved. 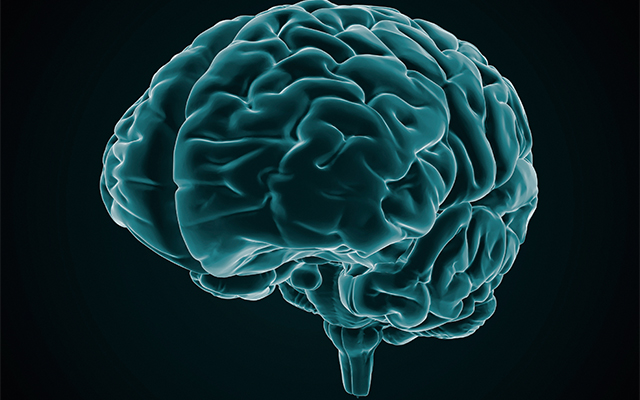 How your memory works

To understand how to build a better memory, first you need to know a little about how your memory works.

Your short term memory is like a personal assistant for your brain. It takes in and sorts the information, holds it for between 15 – 30 seconds before deciding to move it into the long term memory or dismiss it.

Your long term memory can hold memories for anywhere from a few minutes up to many decades.

So how are memories made?

Whenever you see something, learn something or experience something that you want to remember, separate areas of your brain spring into action, working together to build your memory.

Think of this memory building process like building a bridge from one side of a lake to another. The two sides of the lake are “neurons”, and the bridge is a “synapse”.  When a memory is made a synaptic bridge is formed between neurons. This is the memory. 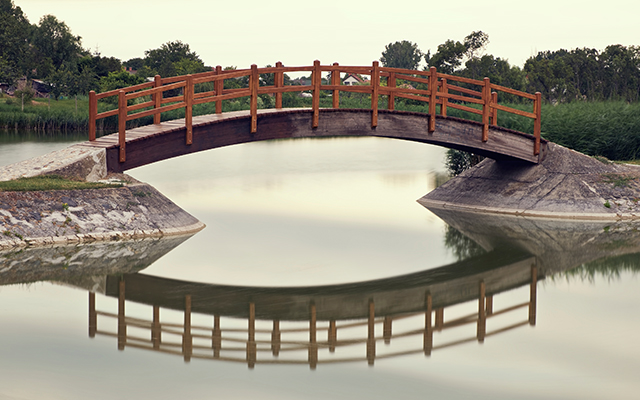 So now you understand a little bit about how memories are made, it’s time to learn some tricks to keep memories stored in your long term memory and easy to recall.

Your memory is spread across a number of brain regions so for the greatest chances of remembering something, it’s best to spread the job across your brain. The more areas that are involved in remembering your memory, the better chance you will have of not only keeping it, but recalling it.

So here are some key tips:

A trick that has been used since the the time of the ancient Greeks and that is still used by memory champions today is to tap into the visual memory. To do this you need to associate a visual image with the information you want to remember. The wilder and more detailed the image, the easier it is to recall.

For instance, if you want to recall that that Australia became a united federation instead of six separate colonies in January 1901, you could imagine a thick circular mud cake, cut into six slices, with chunky pink icing with blue piped lettering across the top of the cake reading Jan 1901.

1-bun: Paint a mental picture of the first item sandwiched in a bun.

2-shoe: Paint a mental picture of the second thing inside a shoe.

3-tree: Paint a mental picture of the third item growing from a tree.

4-door: Paint a mental picture of the item standing inside a doorway.

5-hive: Paint a mental picture of the fifth item being chased by a swarm of bees.

6-bricks: Paint a mental picture of the sixth item sitting on a pile of bricks.

7-heaven: Paint a mental picture of the seventh item associated with heaven.

8-weight: Paint a mental picture of the eighth item on a weight.

9-wine: Paint a mental picture of the ninth item in a wine glass.

10-hen: Paint a mental picture of the tenth item riding on the back of a chicken

Another visual/spatial memory trick is to build a Memory Palace. Basically with this exercise, you need to think of a physical place that you know. It may be your bedroom, your lounge-room, or your whole house.

Next you need to determine the path you will walk through your memory palace. This is important if you need to remember things in order (like a speech).

Once you have your space firmly locked in your mind’s eye, locate the areas where you want to store the memories. You may want to hang a name over a lampshade, pop part of a speech into a drawer, or put a list into a photo frame.

You generally won’t need to store whole chunks of information in places, just a symbol that will jog your memory and lead you to the longer memory that you want to retrieve.

An example of this is, if you were trying to remember some Australian historical facts you may place your federation mud-cake that you created earlier on your doorstep, and once you open your door you may place a huge gold nugget in the hallway to symbolise, that at the same time as federation, there was a massive gold rush going on in Western Australia.

Mentally take a walk through your palace and look at the memories that you have stored and where they are located. When you need to recall information, simply take a stroll through your memory palace.

The more times that you remember something, the stronger the memory bridge between neurons becomes.

So one of the best ways to remember something is to revising what you have learned or revisit the memory several times, this will strengthen the bridge. 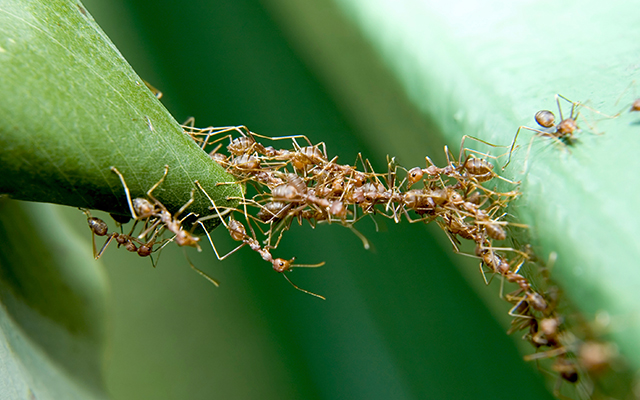 Revise the information frequently in the first few days and weeks (short sessions of around 15 minutes), and then you can slow this down to the occasional short session.

After enough revision the memory will be sealed in the brain for a long, long time.

One of the main reasons that we forget things is that we were not paying close enough attention to them in the first place.

For a memory to build in our brains we need to be paying it full attention. Either our short term memory will sort it as unimportant and dismiss it, or the memory bridge will be weak and easily crumble.

Multitasking and distractions are the enemy of memory!

So if you want to build a better memory, pay full attention to things that you want to remember. One trick to do this is to say things out loud, like “I’m putting my keys in the drawer”.

Because our short term memories can only hold 5 – 9 pieces of information at a time, learning how to ‘chunk’ information into larger groupings, means that you can remember more.

To chunk information, you can either use an acronym, create a batch, or group information based on patterns.

Acronyms: Using an acronym is a great way to chunk information because all you have to do is remember the acronym and that will unlock the information contained within.

One popular chunked acronym you may have heard of is SCUBA, which represents Self Contained Underwater Breathing Apparatus, or LOL for laugh out loud. You can create an acronym out of anything, even a shopping list of figs, lettuce, oranges, apples and tomatoes becomes FLOAT.

Batch: Batching is great for numbers, and simply put, it groups numbers into chunks. You may have noticed that phone numbers aren’t laid out all in one number, this is a simple example of batching and is done because when written together, phone numbers like 0466887888 are hard to remember, whereas breaking it into 0466 887 888 is much easier to remember.

Grouping in patterns: Ideal for study, grouping by patterns involves first finding a pattern in the information. One example of this is if you have to study the play Hamlet you could group the play into themes such as: revenge, responsibility, mortality and politics. Each of these themes would represent a larger group of information, but you would simply need to recall the themes to recall the larger information.

According to research, when we sleep our brains work to strengthen memory bridges. So getting a decent amount of sleep every night allows your brain to consolidate more memories.

Meanwhile, eating highly fatty foods is thought to affect memory, while eating a diet rich in antioxidant foods like fruit and vegetables is proven to boost brain health. 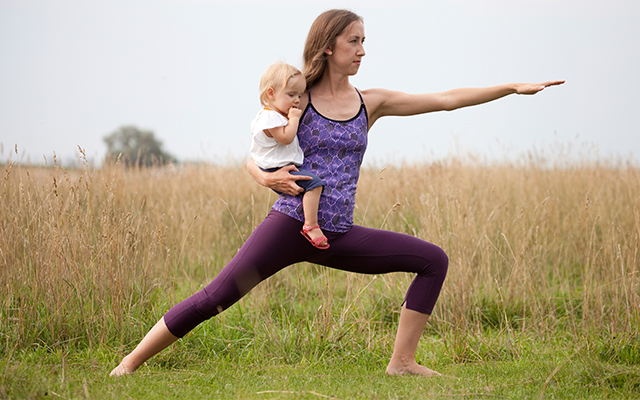 According to research exercise is also a memory booster as it has been shown to not only increase oxygen and blood flow to the brain, but also may increase the size of the hippocampus, one of the main areas related to fact-based memory in the brain. 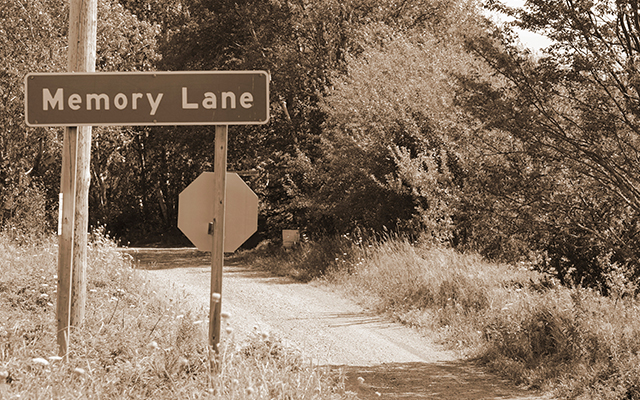 Using the above tips will help you to boost your memory, and as with all things, the more you do it, the better you will get at it, and in no time you will be a memory champ!

Are you ready to use your boosted memory?

Studying a course with Open Colleges does not mean that you have to put your life on hold. Delivered online, qualifications can be studied in your own time and at your own pace, so you can fit study around your life! For more information click here.