How to understand and help prevent dementia

Ita Buttrose is an Australian icon. A journalist, businesswoman, TV personality and author, she was the Founding Editor of Cleo and the youngest person to ever be appointed Editor of the Australian Woman’s Weekly.

An impressive combination of focus, intelligence and determination, Buttrose is also a passionate campaigner for dementia awareness, and as an ambassador for Alzheimer’s Australia, she speaks to us about Dementia Awareness Month, her personal connection with the disease and her hope for the future.

A committed champion for dementia research, treatment and patient care, Ita explains that her fervor for the cause began when her father, Charles Buttrose – himself a journalist, editor and author, was diagnosed with vascular dementia. “I understand what the journey is like for a person with dementia, and their families,” she said.

Dementia is on the rise, and Buttrose is determined to see that its research and treatment, as well as the care for sufferers, becomes a national priority.

“Dementia is so prevalent now, so many of us know someone or have a family member with the disease,” she said

Indeed the figures are staggering. Dementia is the second leading cause of death in Australia. Currently there are 342,800 people in the country living with the disease, and each week sees another 1,800 new cases added to this number – that’s roughly one diagnosis every six minutes. Shockingly, this figure is set to jump up to 7,400 new cases each week in the next 35 years.

Chronic, relentless and indiscriminate, dementia is one of the biggest worldwide disease crisis’ of the 21st century. In fact, even the word dementia alone is enough to strike fear into most people. The fear of the loss of self, the loss of control, the loss of life.

It is this fear, coupled with misconceptions about the disease, which are the driving forces behind the stigma and social isolation that all too often accompany the disease. 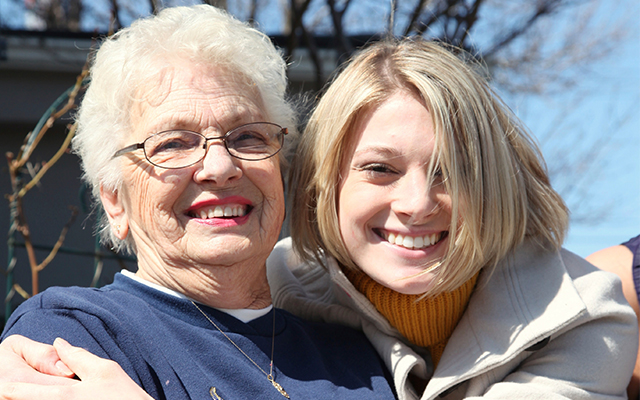 “Often people don’t quite know how they should behave around someone with the disease. They sometimes cut themselves off from that person,” Buttrose said.

And it’s this isolation, this stigma, which Dementia Awareness Month is hoping to address with the theme ‘Creating a Dementia-Friendly Nation’.

“When we talk about a dementia-friendly Australia, we’re talking about an Australia in which the person with dementia still feels like a valued member of the community,” Buttrose said.

Dementia is a collection of symptoms caused by brain disorders. It is a disease, not a normal part of ageing. It is not contagious, and it can happen to anybody, regardless of age.

There are numerous different types of dementia, and symptoms can affect memory, behaviour and a person’s ability to do everyday tasks.

There are three stages of dementia: early dementia, moderate dementia and advanced dementia, and whilst some people’s abilities will deteriorate quickly- over a few months, for others, this process will happen over many years.

Importantly, a diagnosis of dementia does not mean that a person will lose everything, that they will become catatonic. 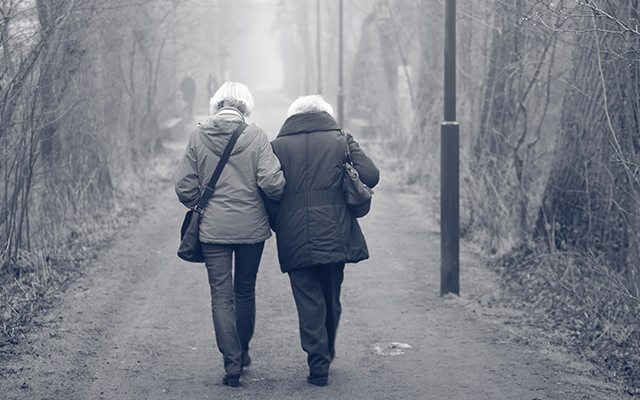 People with dementia retain skills, memories and can contribute to society. While they might be a bit slower, or get confused, they still want human connection.

Speaking passionately about this issue Buttrose said  “How would you want to be treated if you were the person with dementia?”

“You’d want people to talk to you. You might forget a word or two, you might forget a memory, but there’s lots of other memories that people with dementia do remember and want to talk about”.

Determined to see a cultural change in Australia regarding the treatment of people with the disease, Buttrose said that a dementia-friendly Australia is a place where sufferers are allowed to “still take part in things that happen in the community”. 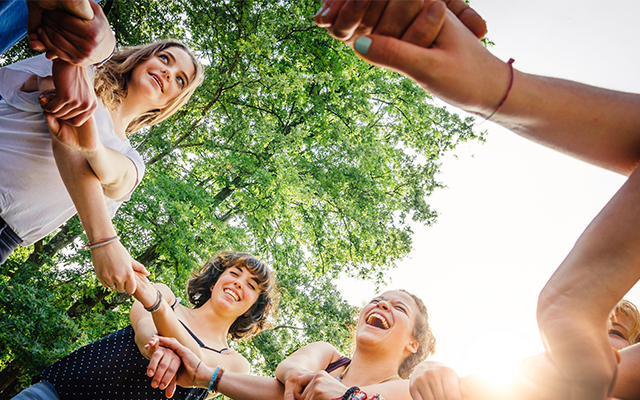 “You might have an art class, you might have a special day of activities outside, and there might be some physical activity: a picnic in the park – things like that, things that we all do.

“And people with dementia, many of them, can still hold down a job. Maybe not the job they once did, but they are still able to do some light work and they would like to be a part of the community.

“And they like people to say hello and good morning,” she added.

Supporting a life with purpose

“Most people with dementia are quite happy,” said Buttrose, adding “if they can just keep their routine”. 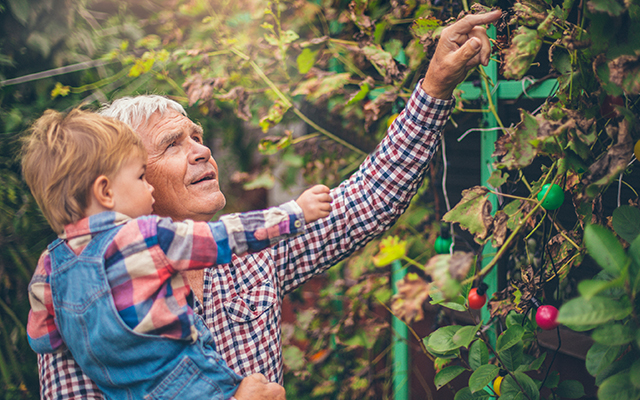 “My Dad, we managed to keep him at home, my Dad used to love his garden. He was a great gardener in his day. But when he got the dementia he was very happy if he could just rake the leaves up. Very happy. And it’s as simple as that,” she added.

Moving a person with dementia into an aged care facility is stressful, not only for the person themselves, but also for their family. Speaking about the importance of person-centred care for people with dementia, Buttrose encouraged aged care workers dealing with dementia patients to remember that the move is often accompanied by an emotional upheaval. 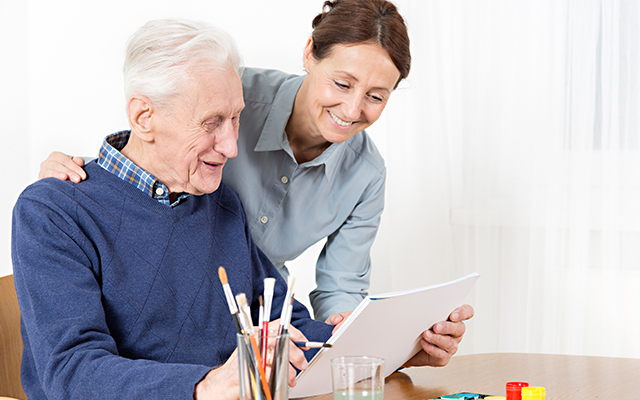 “The family feels guilty when they put somebody with dementia into aged care. They feel relief and they feel guilty. So there’s all these emotions going on, and often when a person with dementia does move into an aged care facility it’s a very disorienting time for them,” she said.

“The thing to remember about dementia is that they like to have their routine. And when the routine gets interrupted it makes them feel anxious, it makes them feel disoriented, and they can feel very confused, so you need to know that about them.

In the community, and in aged care facilities, there often aren’t enough activities for people with dementia. As such, Buttrose champions the inclusion of activities into the daily routine of dementia sufferers. “We know that somebody who might have played, say, the violin in their youth, they don’t necessarily forget that. And so if you give them a violin you’ll find them happily playing it. And that’s really wonderful therapy for them. A trumpet player still plays the trumpet. Someone can still play piano. They might forget all sorts of things, but somehow, for a lot of people with dementia, these skills are still there. They just have to be awakened,” she added.

Working toward a kinder community

With the aim of creating a more inclusive, kinder community, Alzheimer’s Australia has developed a range of hugely helpful training kits for people and businesses keen to understand how to connect with sufferers.

The kits can help with more complex situations, as well as simple ones, like helping someone out if they get confused at a supermarket check-out. 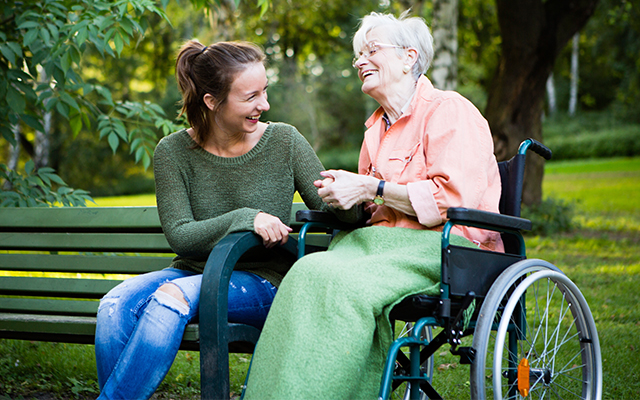 “So instead of thinking ‘oh what is that person doing’ we want people to stop and think, ‘oh gosh, could it be dementia?’” Buttrose said.

“And then you might be able to say ‘come look, we’ll just sort this out’. Because that’s often all it takes. Just one little simple gesture. And you say ‘now that’s the credit card you want to use’. And they say ‘ah yes that’s right’ and everything’s back on track again.”

“It’s being thoughtful and considerate,” she added.

The resources can be found at www.fightdementia.org.au.

At present there is no cure for dementia. Researchers in Australia and overseas are however hard at work, with many saying a breakthrough could be here in as little as just a few years.

The good news is that there are things people can do everyday to lessen their chances of developing the disease.

“You’ve got to look after your brain from the beginning,” said Buttrose. 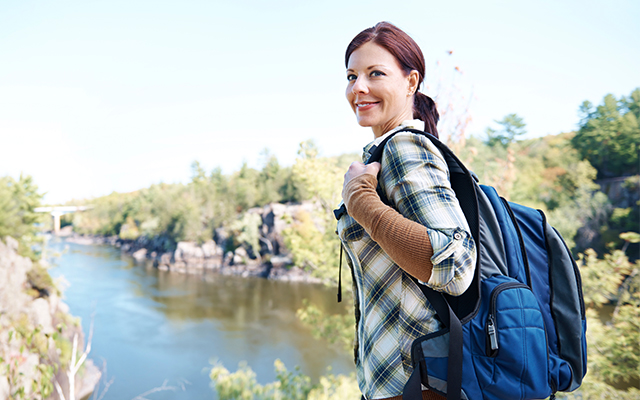 “It’s not something you get to 50 and you think, ‘Oh gosh, maybe I better do something about my brain I might get Alzheimer’s or dementia’. No. No, No, No! You’ve got to protect your brain from the beginning. As soon as you’re able. Your brain is your brain, you’ve got to look after it,” she added.

A five step program from Alzheimer’s Australia called Your Brain Matters is designed to address the health and lifestyle factors that may lower the risk of developing dementia.

These steps include: looking after your heart, being physically active, mentally challenging your brain, following a healthy diet and enjoying social activity. 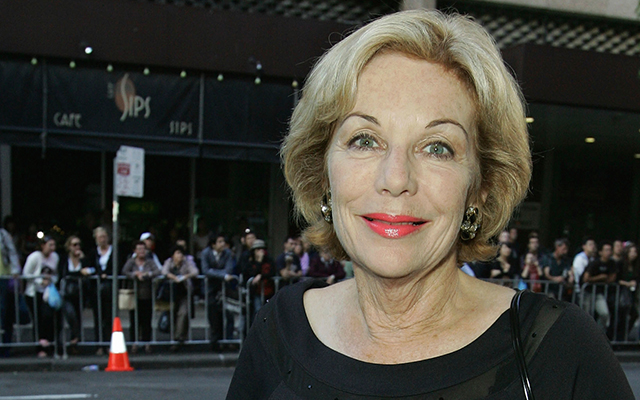 To find out more visit: www.yourbrainmatters.org.au. From 01 – 30 September, Dementia Awareness Month, Alzheimer’s Australia is running a number of activities and talks. To get involved, visit fightdementia.org.au.

Do you have a passion for community care?

Why not turn your interest into a career. Study a Certificate IV in Aged Care, online, in your own time, and make a real difference in people’s lives!