Did you know that Stephen King’s first book, Carrie, was rejected thirty times and that Walt Disney was fired from the Kansas City Star in 1919 because he “lacked imagination and had no good ideas”? Even Oprah Winfey was fired from her job as an evening news reporter because she couldn’t separate her emotions from her stories.

No one likes to be criticised at work, but what if we could use it to our advantage? Who says we can’t take control of our reaction and create a positive experience?

So how exactly do you turn criticism around and use it to get ahead in the workplace? Despite what we’ve learned from T-Swift, it’s not just about “shaking it off”; it’s about viewing criticism as an opportunity. Below, we’ve outlined 10 positive steps to help you do this.

“The people who are the most successful here, who we want to hire, will have a fierce position. They’ll argue like hell. But then you say, ‘here’s a new fact,’ and they’ll go, ‘Oh, well, that changes things; you’re right,” said Laszlo Bock, hiring manager at Google.

Exercising humility will help you view criticism as an opportunity for growth. You’ll no longer try to be right all the time to lift your own image, but rather to enrich your perspective.

2. Value the truth over your image

People who value the truth, have an easier time taking criticism because they’re more interested in “being good” than in looking good. No one wants to appear weak at work, but when the truth is at stake, image shouldn’t matter.

3. Remember your own tendency to criticise

What if you never received any criticism at all? At first, it sounds nice. But we all know, deep down, that we’re never right one-hundred percent of the time. That would mean we were done learning, done growing, done being human. Which doesn’t sound very nice at all. That’s why criticism is a blessing in disguise. As Joan Didion says, “A certain amount of resistance is good for anybody. It keeps you awake.” 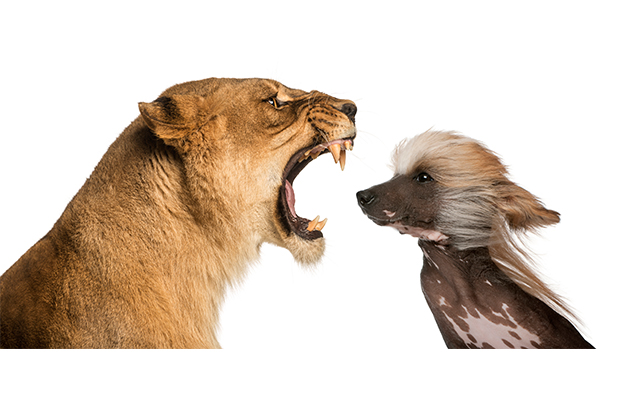 5. Actively seek the opinions of others

Although we’d like to say we do, most of us don’t value other people’s opinions as much as our own. It’s a strength to actively seek the ideas of others; not only will it broaden your perspective, but it will actually prevent negative criticism by welcoming it in a positive light.

6. Your opinion is not the only opinion

We all see things from our own point of view; it can’t be helped. But we can help ourselves out by remaining aware of this, especially when things get tense at work. The worst thing that can happen when accepting someone else’s view is that you realise you aren’t perfect, and have been given a gift: the opportunity to grow.

7. Lower your defences and take responsibility

One of the major traps we all get into is that when something good happens, like receiving praise for a job well done, we think it is due to our ability; however when something bad happens, like receiving criticism, you blame the situation (your mood, lack of sleep, confusing instructions). We’d all be better off if we lowered our defenses and accepted our faults as our own.

When we have a “fixed mindset” we think that our character, intelligence, and creative ability are fixed and can’t be changed. A “growth mindset” however, enjoys challenge and sees failure not as evidence of unintelligence but as an opportunity for growth and for stretching our existing abilities. It’s a mindset that appreciates, rather than dreads, criticism.

Without failure, even on a small scale, we don’t learn much. Receiving a poor evaluation can seem like the end of the world, but if you care about improving your abilities more than your image, it will be a good thing to fail once in a while.

During or after criticism, asking questions for clarification can make the difference between accepting or rejecting someone else’s advice.

Bouncing back from criticism is easier said than done, but we know it’s possible, not to mention essential to our wellbeing. Being able to do so can mean the difference between a good day at work and a bad day, or a successful career and a troubled one.

Now is your moment!

Have you ever wanted to study? Now is the time to make your dream a reality. Open Colleges has over 100 online courses, so you have plenty of options to chose from. So what are you waiting for? Enrol today and start tomorrow!