The most basic definition of a storyboard is that it is a visual outline that can easily convey a series of events with a minimum amount of effort and detail on the part of the creator by using static panels. Imagine a really simple comic book and you’re on the right track.

Storyboards have been around practically forever in one way or another. 30,000 years ago, early humans “storyboarded” their hunting exploits on cave walls. Egyptians perfected this kind of visual storytelling 24,000 years later with hieroglyphics that tell pharoahs’ entire life stories.

Of course, that probably isn’t what most of us think about when we hear the word “storyboard,” which brings us back to a word we used earlier: outline. What do we mean by calling storyboards an outline? Well, the modern storyboard we’ve come to know over the last 80 or so years was never intended to be the final version of something. It’s a tool that people use so that others see how something is going to be.

This type of storyboard was created by an animator at Disney Studios. Instead of using comic-book style panels for his work, he drew each picture on an individual sheet of paper and then pinned them all up side-by-side. This allowed multiple people to see them and make suggestions at the same time – perfect for brainstorming sessions and pitches to executives.  The format became so popular that it spilled over from animation to live action, where directors frequently storyboard big action scenes before shooting them to give executives a sense of how they will play.

Today, with the emergence of new digital technology, the definition of storyboards has somewhat reverted back to its broader original meaning as a visual way to tell stories, though most of the time we still incorporate idea and language from film and television. This very old definition has plenty of new uses and tools, though, such as Power Point presentations, webpages, and computer screens. And storyboards have not only escaped the world of Hollywood, but started to pop up in one of the most seemingly unlikely places: our classrooms.

Storyboards today should always seek to convey certain things to your audience:

As we mentioned earlier, the modern storyboard was invented in Hollywood. Generally speaking, there are two reasons why they came into being: time and money.

The people creating the movies and TV shows we love often found that it was too complicated and time-consuming to try to tell studio and network executives how they could translate a written script into a visual story – they needed a tool that would allow them to show the people in power. Storyboards made it easier for entire groups of people to experience the drawings at the same time.

And because actually shooting the scene wasn’t often an option (way too expensive), storyboards seemed like a logical way to prove that a concept would work visually. Instead of being told about John McClane jumping off of a building using a fire hose, executives could watch it unfold in front of them in a series of still drawings that barely cost anything to produce.

Because they could see how the scene would play out, it caused less confusion. And because it wasn’t something they’d already spent thousands – or even millions – to shoot, it was far easier to give notes and make changes without costing a lot of extra money for reshoots.

In short, storyboards made it a lot easier to get something right on the first try. 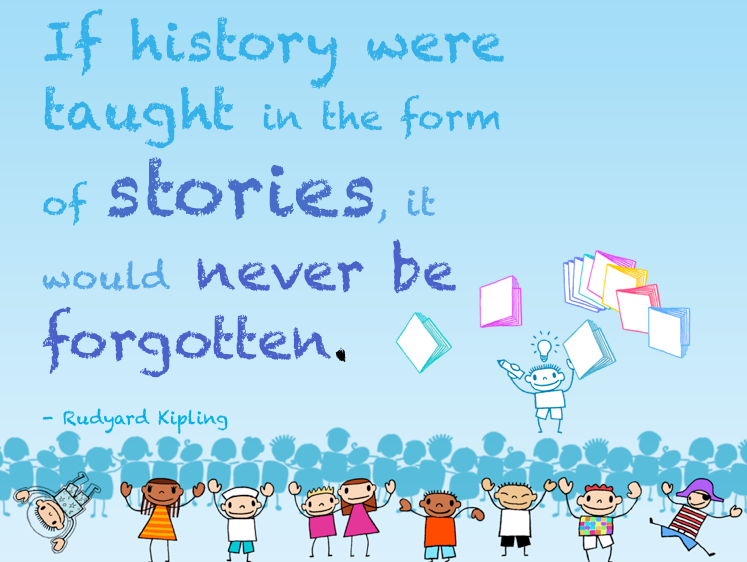 Those who use storyboards in the classroom and other areas of education are still visualizing stories, of a sort, but how they do that, and for what, is something that is continuing to evolve as visual media becomes increasingly prevalent and teachers explore new methods of learning to incorporate more of their students.

Physics classes use them to visualize different theories about everything from the Big Bang to the trajectory of a catapult. History teachers storyboard famous events to help students remember details and place them on a timeline. And they’re fantastic for any subject that requires students to memorize step-by-step processes or visualize highly-conceptual ideas, such as life science or computer technology.

Any writer or teacher of writing will also tell you that storyboarding can be a great help in writing a paper, doing an oral presentation, or outlining a story. Instead of writing only words on index cards, students can also incorporate drawings to help them see what the moment is about. When they are working on crafting the “narrative,” they can shuffle the images around as needed to see if they work better in other areas. Even younger kids can do a version of this by listening to a story and then drawing a few storyboards of the main events in order to summarize it.

From a practical point of view, teaching with storyboards can help instructors to quickly convey complex ideas to their students – often much faster than writing or even speaking. They can also help to remove barriers that might exist in schools where English may not be the primary language spoken by some students.

Moreover, by engaging students to make their own storyboards and then utilizing technology to bring them to life, many classrooms are teaching students digital storytelling skills that are likely to become increasingly important over time.

Creating Your Own Storyboards

Making a storyboard is pretty easy. There are lots of free templates and even storyboard creators out there with libraries of stock characters and backgrounds, but you can also design your own with minimal effort.

Remember to think of it like a comic book. Individual pages have multiple panels, each capturing a specific visual moment of the story. Your storyboard template should follow that general look, with a “window” for you to draw the action and a space for you to write in dialogue.

The simplest and easiest way to draw a storyboard is to use a pencil so you can erase mistakes and create rough images for what’s going to happen in each specific panel, but you don’t have to do it that way. Many people – even professionals – now use computer programs to create storyboards. Others cut out pictures that they find in magazines or take their own photos and use them.

Don’t worry about it not looking pretty. The point is to clearly convey information, so panels with stick figures and simple shapes where everyone understands what’s going on are better than gorgeous drawings of people and battles that don’t make sense.

In order to make your panels clear, it’s important to have a decent understanding of camera shots and film language so that people can imagine how the final, moving version would look. Most of these are pretty straightforward, but it’s worth defining them just to make sure.

Close-up (CU) – The camera will be close to the subject. Close-up panels might focus on a single person’s face, a license plate number, or something similar.

Medium shot (MS) – The camera is an average distance away. Perhaps two people are eating a meal at a restaurant and the panel is centered on their table.

Long shot (LS) – The camera is far away from the subject. Maybe you want to convey someone’s isolation by showing them walk through an empty field in the distance or show how small they are next to a skyscraper.

Fade (fade in, fade out) – In a fade out, the subject of the shot slowly fades away until the image is completely black. For a fade in, a black image brightens until we can see what’s going on.

Dissolve – Similar to fades, but instead of going to and from black, one image fades and slowly becomes an entirely different one.

Jump cut – Generally speaking, each panel should logically connect to the next one in a storyboard, but sometimes you might want to intentionally create an abrupt transition to highlight a joke or convey something unexpected. These kinds of transitions are called jump cuts because they often make movements seem jerky and disconnected.

Pan or tilt – These words indicates that the camera is turning left to right or up and down within the shot.

Tracking – A tracking shot is one where the camera itself doesn’t turn, but it still moves to keep up with the action.

POV (point of view) – This is a shot where you are seeing something from a character’s perspective, almost as though they were holding the camera.

Reaction – Generally used when you have an image of someone simply listening to another person speak.

Zoom – This tells the audience that the camera will be moving closer to the subject throughout the shot.

Angles (high, low, level) – Level camera angles are the most common because they are even with the subject and indicate a neutral tone. A high angle can be used to make subjects look weak, small, or unimportant; low angles do the opposite.

People most often make one of two mistakes when creating a storyboard: either they leave out too many details and no one can tell what’s going on, or they put in so much detail that it’s confusing. Finding that balance is the key, and the best way to reach it is to show your storyboards to people who don’t know the story or the lesson at all and work to fix things that confuse them.

Here are some of the most common areas where you can go wrong and how to avoid it.

Terminology. Again, the goal is clarity, which means telling just enough to make sure that your audience can follow the action and understand your intention. Pans, tilts, tracking shots, and zooms are probably the most important things to point out because they affect how people interpret the panels. Also consider calling out reaction shots, jump cuts, fades, and dissolves because people may be confused by them. Writing in the angles and shot distances, however, is almost always overkill, because most people know what they’re looking at – or it adds nothing to explicitly call it out.

Forgetting direction. When we’re watching characters, your storyboards need to tell us what direction they’re going in if it’s not clear – and it often isn’t. This is especially important when you’re storyboarding a fight or another big action sequence, but even simple scenes can be confusing if the audience doesn’t know which way is up. Include arrows that do what arrows do best – point us in the right direction.

Where am I? Along those lines, while simplicity is great, it’s important to include at least some geography in each panel so that the audience doesn’t get lost. Imagine a bank heist sequence that goes from the bank to the streets to the back of a car and how jarring it would be if you couldn’t tell where the characters were for even part of it. Make sure you have some kind of anchor that lets us know where we are even if it’s as simple as an exit sign.

What are those lumps supposed to be? You don’t necessarily need a lot of artistic talent to create your own storyboard, but it does you no good if you can’t tell what anything is. Drawing isn’t your strong point? No problem! Try labeling buildings, cars, even people if you need to. It’s not ideal, but at least your audience will know where they are and who’s in the panel.

Barker, J. Autumn. Use of Storyboard in the Classroom, Scribd.

Essley, R., with Rief, L. and Rocci, A. Levy. What Are Storyboards?, Scholastic.com

Guide to Film-Making. Acting with a Pencil: Storyboarding Your Movie.

Performance Learning Systems. Using Storyboards to Encourage Student Thinking and Participation, Ideas on How to Use Storyboards in the Classroom.