How to Fail Intelligently

By Saga Briggs May 29th, 2016 No Comments Features, Learning Strategies 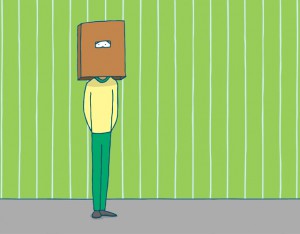 “The question, ‘Would you go back and undo your errors’ is unanswerable. It’s only useful to ask, what wisdom have you learned from your misjudgments that will help you going forward?” –David Brooks

In the early 1990s, researcher Kevin Dunbar conducted an investigation into the way scientists deal with failed experiments. Observing four biochemistry labs at Stanford University, he found that, more often than not, these “failures” were actually just results that didn’t match the scientists’ hypotheses, or couldn’t be explained, and were therefore shelved and forgotten.

“It wasn’t uncommon for someone to spend a month on a project and then just discard all their data because the data didn’t make sense,” says Wired Magazine contributing editor Jonah Lehrer, who wrote about Dunbar’s project in 2009. “Perhaps they hoped to see a specific protein but it wasn’t there. Or maybe their DNA sample showed the presence of an aberrant gene. The details always changed, but the story remained the same: The scientists were looking for X, but they found Y.”

And when they’d “failed” one too many times, they’d give up.

“People have to pick and choose what’s interesting and what’s not, but they often choose badly. And so the result was tossed aside, filed in a quickly forgotten notebook. The scientists had discovered a new fact, but they called it a failure.”

Not surprisingly, this kind of behaviour isn’t limited to scientists. We all do it– dismissing our real failure as an anomoly or fluke. It’s one way of coping with our own shortcomings, and it all begins deep within the human brain.

Why We Really Avoid Failure

Life, like science, is a deeply frustrating pursuit. And it doesn’t help that we can’t remain objective about it.

“The reason we’re so resistant to anomalous information — the real reason researchers automatically assume that every unexpected result is a stupid mistake — is rooted in the way the human brain works,” says Lehrer. “The fact is, we carefully edit our reality, searching for evidence that confirms what we already believe.”

This is called the “confirmation bias.” Experiments have found repeatedly that people tend to test hypotheses in a one-sided way, by searching for evidence consistent with their current hypothesis. Rather than searching through all the relevant evidence, they look for the consequences that they would expect if their hypothesis were true, rather than what would happen if it were false.

Psychologist Raymond Nickerson blames confirmation bias for the ineffective medical procedures that were used for centuries before the arrival of scientific medicine. If a patient recovered, medical authorities counted the treatment as successful, rather than looking for alternative explanations such as that the disease had run its natural course. In finance, confirmation bias can lead investors to be overconfident, ignoring evidence that their strategies will lose money. In studies of political stock markets, investors made more profit when they resisted bias. For example, participants who interpreted a candidate’s debate performance in a neutral rather than partisan way were more likely to profit.

“Although we pretend we’re empiricists — our views dictated by nothing but the facts — we’re actually blinkered, especially when it comes to information that contradicts our theories.”

But this isn’t a healthy practice if we want to maximise our learning. Failure is a necessary part of the learning process, and forces us to adopt multiple perspectives and engage in discourses we might not be used to. It’s time for people in all walks of life to wake up and toughen up in order to be the best versions of themselves.

Why We Should Encourage Failure

Some early pioneers are already at work, spreading the word that failure should not be feared.

Helen Snodgrass, and AP Biology teacher in Houston, TX, begins every year with the same rule: “Failure is not an option; it’s a requirement.”

“Too often teachers are told that all material must be ‘scaffolded’ for students,” she writes in a recent Answer Sheet post. “While scaffolding can be a very good thing… it is sometimes taken to mean that all material must be broken down into such small and simple steps or chunks of information that students are all able to be successful every step of the way. If a significant number of students… are not able to immediately find the answer, this is often seen as an indication that the teacher did something wrong either in presenting or breaking down the material.”

As a result, she says, students think that if they do not immediately grasp how to solve a problem or get the right answer, they must not be very smart or good at that particular subject. If they’re taught to believe this from an early age, all the way through their education, they’ll make a habit of responding to challenges in two ways: immediately asking for help or giving up.

“My main concern with this approach to teaching and learning is that it simply is not authentic to either the practice of science or just about anything else in life,” Snodgrass says. “Most real-world problems are complex and do not come with clear steps to follow to reach a solution. If we are not equipping students with the skills to tackle such problems by supporting them in struggling with challenging work… now, then we are simply pushing the issue farther down the road when students will come up against bigger challenges in future [courses], in college, or in their careers.”

Snodgrass is hardly alone in her view. In 2012, a top girls’ academy in England raised eyebrows when it held a “failure week” to teach pupils to embrace risk, build resilience, and learn from their mistakes.

Heather Hanbury, the academy’s headmistress, said she wanted to prove that “it is completely acceptable and completely normal not to succeed at times in life.”

The academy held workshops, assemblies, and activities for the girls, with parents and tutors joining in with tales of their own failures. YouTube clips were shown of famous and successful people who have failed along the way and moved on.

Ms Hanbury told BBC News that she had placed a great emphasis on developing resilience and robustness among the girls since she arrived at the academy in 2008.

“The girls need to learn how to fail well – and how to get over it and cope with it,” she said. “Fear of failing can be really crippling and stop the girls doing things they really want to do. The pupils are hugely successful but can sometimes overreact to failure even though it can sometimes be enormously beneficial to them.”

Even once we’ve accepted that failure can be a good thing, what’s the best way to deal with it when it happens? We may intens to embrace it, but as soon as we start to feel that shame creep in, we lose our heads and don’t learn anything from our mistakes. Below are ten ways not just to fail, but to fail wisely.

When we fail, we tend to blame ourselves. But it’s important to consider the context surrounding our failure. Try taking an unbiased look at the factors that contributed to your failure or prevented your success, and imagine how things could have gone differently under different circumstances.

2. Accept it as a learning opportunity.

There’s always something to be learned from a mistake, however big or small. Instead of getting wrapped up in how your failure makes you feel, or refusing to admit your mistake, treat the experience as an opportunity to learn something that will help you in the future. No one can be right all the time, but being wrong always presents an opportunity to be right instead.

3. Reflect on the reason for your failure.

If we charge blindly ahead without analysing our mistakes, we will probably make the same mistakes again. Which is really just a waste of time and energy. Take a moment to reflect on your failure and articulate why it happened. Chances are, you’ll feel better about your mistake if you understand why it occurred.

Failure can repeat itself, much like history. But we don’t want that to happen. Nothing’s more frustrating than realising you have made the same mistake again and failed “doubly” in preventing it. Reflecting on the reason for the mistake is one of the best ways to stop it happening again, but it also takes effort to break yourself out of any kind of habit. So don’t let it become that.

5. Give yourself time to absorb it, but be resilient.

Don’t dwell on your failures. Just consider them long enough to understand why they happened and imagine how you might prevent them in the future. Resilience is an important part of learning from mistakes.

What might have happened if things had been different? While what happened happened, and there’s no use obsessing over “what ifs”, it’s sometimes useful to imagine alternative scenarious and outcomes in order to better understand the mistake you actually did make.

7. Don’t keep your failures a secret.

Dunbar found that the Stanford scientists worked out most of their mistakes while discussing them with others, especially those who could offer a different perspective. He found that an “intellectual mix” of scientists with different backgrounds generated a “distinct type of interaction in which the scientists were forced to rely on metaphors and analogies to express themselves.” Since they didn’t all use the same specialised language, they were forced to summarise more for a general audience. “These abstractions proved essential for problem-solving, as they encouraged the scientists to reconsider their assumptions. Having to explain the problem to someone else forced them to think, if only for a moment, like an intellectual on the margins, filled with self-skepticism.”

Sharing out mistakes with other people can “shock us out of our cognitive box.”

8. Ask for an explanation.

If we fail under someone else’s standards, it’s essential to follow up. Why did you receive a C- on that paper? Why was your level of course participation found to be unsatisfactory? What can you do next time to improve? Students, especially, don’t engage in this kind of thing enough, and it only hurts them later on down the academic road.

9. Consider what you may have gained.

Two scientists, Arno Penzias and Robert Wilson, tried to create a radio telescope sensitive enough to study radiation in the Milky Way. The two men faced a long series of what seem like failures as they are unable to get rid of persistent background noise coming from their telescope. After a year without progress, Penzias and Wilson finally reached out to another scientist, Robert Dicke, who instantly realised that the static they’d been hearing was radiation from the beginning of the universe, which he had unsuccessfully been searching for himself. What the men had considered a failure was in fact just an answer to a different question, which, incidentally, led them to win the Nobel Prize in physics.

Not before you fail, but afterwards. Many of us are too ashamed to share our failures with others, and so we quickly set out to deal with them by ourselves. But it’s critical to get outside feedback in order to remain objective about our performances and habits. Maybe what you consider a failure isn’t actually a failure at all in someone else’s eyes. Or maybe you overlooked a simple detail and thought you’d made a major blunder. Asking for help doesn’t translate to weakness; it translates to fewer mistakes down the road.