You Can Learn to Love Criticism. Here's How.

By Saga Briggs May 17th, 2015 No Comments Features 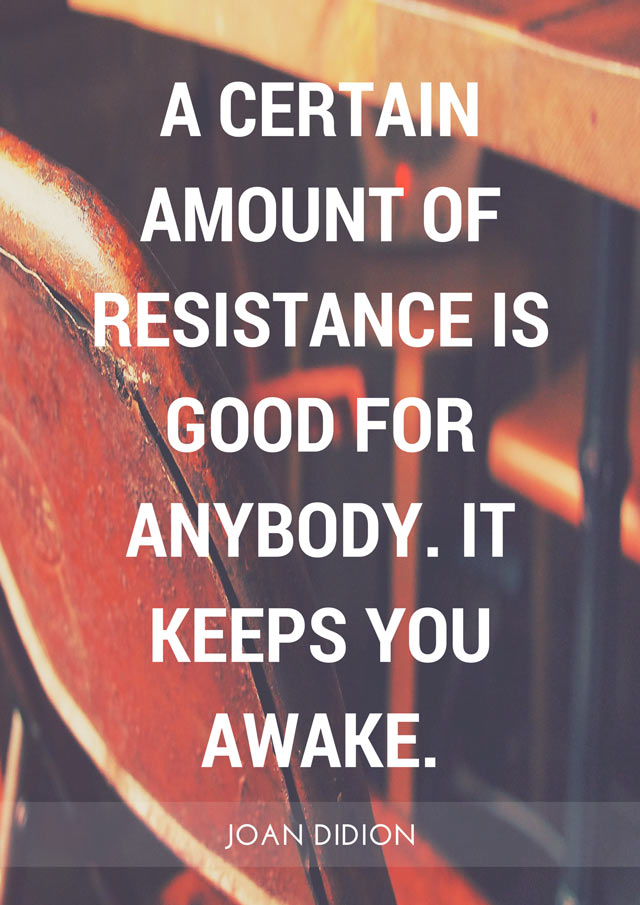 Stephen King’s first book, Carrie, was rejected thirty times. Walt Disney was fired from the Kansas City Star in 1919 because he “lacked imagination and had no good ideas.” Oprah Winfey was fired as an evening news reporter for Baltimore’s WJZ-TV because she couldn’t separate her emotions from her stories. Steve Jobs was fired from the company he started, Apple, but was desperately brought back in 1997 to save it.

Bouncing back from criticism is easier said than done, but we know it’s possible, not to mention essential to our well being. Being able to do so can make the difference between a good day and a bad day or a successful career and a troubled one. So how exactly do you do it?

Despite what we’ve learned from T-Swift, it’s not just about “shaking it off”; it’s about viewing criticism as an opportunity.

Whether you’re a teacher or a student, an individual or an organisation, a pessimist or an optimist, there’s a way out of the weeds, and it starts with a little reflection.

Why the Negative Connotation?

The early English meaning of criticism was primarily literary criticism, that of judging and interpreting literature. Samuel Johnson is often held as the prime example of criticism in the English language, and his contemporary Alexander Pope’s Essay on Criticism is a significant landmark. In the course of the 17th century, it acquired the more general sense of censure, as well as the more specialised meaning of the “discernment of taste.” To be critical meant, positively, to have good, informed judgement about matters of culture.

But as more than half of men and three-quarters of women could neither read nor write in the 17th century, the word “criticism” gained an air of classism. The act of criticism was governed by very strict cultural rules of politeness, propriety, and decency, and there could be immediate penalties if the wrong words were said or written down. Negatively, then the term began to refer to the rejection of some outside group (“to be critical of them”).

In the 20th century, from the 1970s onward, it became fashionable in the English-speaking academic social sciences and humanities to use the French word “critique” instead of the ordinary “criticism”. If a review was a “critique” and not just a “criticism,” then there was “a lot of extra thought and profound meaning” behind what was being said. What was often implied was that “critiqueing” went deeper into an issue, or was more complete, than “criticizing.”

Since the 1990s, the popular meaning of the word “criticism” has started to evolve more strongly toward “having an objection”, “expressing dissent”, “stating a dislike”, “wanting to dissociate from something”, or “rejecting something” (“If you liked it, you would not be criticizing it”). In the contemporary sense, criticism is often more the expression of an attitude, where the object of criticism may only be vaguely defined. For example, somebody “unlikes” something on Facebook or “unfriends” somebody.

Now, the term “feedback” is often used instead of criticism, because “feedback” may sound more neutral, while criticism may seem to be about “finding fault”. A more polite language may be used when there are issues of authority and obedience, as well as the need for cooperative teamwork to get a job done.

So where has this linguistic evolution left us? Not only with a bad taste in our mouths for the term, but also for the action itself.

Why the Negative Reaction?

Despite what word we use to describe the action, it’s rarely a positive experience to be criticised. But why?

“Although the psychological literature does not appear to have recognised this, there may be something innate about reacting negatively to criticism,” says psychologist Dr. Leon Seltzer. “I suspect that what happens to us physically, and bio-chemically, when we’re verbally attacked (or are experiencing the threat of such an attack) is almost identical to the way our bodies react when someone is throwing a punch at us.”

In fact, Seltzer says, the actual language we employ to describe feeling criticised closely overlaps with the language we use when we’re harmed physically: “ambushed,” “assailed,” “bashed,” “beat up,” “blasted,” “busted,” “hit hard,” “knocked for a loop,” “lit into,” “pounced on,” “stabbed,” and even “walloped.”

“It’s hardly a coincidence that many medications for alleviating pain are known to have a positive effect not only on physical suffering but on depression as well,” Seltzer adds.

But some of us react to criticism more strongly than others. Some researchers believe that high sensitivity to criticism may be caused in part by cognitive biases toward interpreting ambiguous information negatively.

In the study, 76 adult participants rated how critical “the most emotionally important person” in their lives, such as a spouse, was of them. They then completed two tasks designed to detect differences in attention to positive, negative, and neutral emotional stimuli.

Showing people how they stack up is the “emotionally loudest” type of feedback, according to Sheila Heen, a lecturer at Harvard Law School and co-author of Thanks for the Feedback. Criticism tends to overshadow positive remarks, Heen says, whether you’re used to receiving mostly positive or negative feedback.

But if criticism really is the “emotionally loudest” type of feedback, can’t we use it to our advantage? Even if it makes us cringe, at first, who says we can’t take control of our reaction and create a positive experience?

How to Embrace Criticism

When three of Kurt Vonnegut’s writing samples, sent to The Atlantic Monthly in 1949, were deemed commendable but “not compelling enough for final acceptance,” not only did Vonnegut keep submitting to The Atlantic; he actually framed the letter, which now hangs in his Memorial Library in Indianapolis.

This is the kind of mindset we can learn to adopt when faced with criticism. Here’s how.

“Without humility, you are unable to learn,” says Laszlo Bock, hiring manager at Google. “What we’ve seen is that the people who are the most successful here, who we want to hire, will have a fierce position. They’ll argue like hell. They’ll be zealots about their point of view. But then you say, ‘here’s a new fact,’ and they’ll go, ‘Oh, well, that changes things; you’re right.’ You need a big ego and small ego in the same person at the same time.”

Cultivating intellectual humility will help you view criticism as an opportunity for growth. You’ll no longer try to be right all the time to elevate your own image, but rather to enrich your perspective.

2. Value the truth over your image.

People who value the truth, what we call “truth seekers,” have an easier time taking criticism because they’re more interested in “being good” than in looking good. No one wants to appear weak, but when the truth is at stake, it shouldn’t matter. In fact, admitting when you are at fault can be an extremely powerful move, and can even prevent further criticism down the road.

3. Remember your own human tendency to criticise.

James Parker writes about the hypocrisy of criticism in a 2014 NYT article: “Is it the case, you ask shrewdly, that I can dish it out but can’t take it? To which I reply: It is absolutely the case. I can dish it out endlessly, and I can’t take it at all. I believe I share this characteristic with most members of my species.”

What if you never received any criticism at all? At first, it sounds nice. You never hear a negative remark and everything you think and do is considered right and true. But we all know, deep down, that we’re never right one-hundred percent of the time. That would mean we were done learning, done growing, done being human. Which doesn’t sound very nice at all. That’s why criticism is a blessing in disguise. As Joan Didion says, “A certain amount of resistance is good for anybody. It keeps you awake.”

5. Actively seek the input of others.

Although we’d like to say we do, most of us don’t value other people’s opinions as much as our own. It’s so important to be right, and independently so. If we’re seeking counsel from others, we must be weak and incompetent, right? Wrong. It’s a strength to actively seek the input of others; not only will it broaden your perspective, but it will actually prevent negative criticism by welcoming it in a positive light.

6. Realise and accept your own biases.

We’re all biased towards ourselves; it can’t be helped. But we can help ourselves out by remaining aware of this, especially when things get tense. Say you’re receiving less-than-optimal feedback on a task you consider yourself quite skilled at. You’ll want to discount your critic’s evaluation: “They obviously just don’t know talent when they see it.” But maybe they do, and maybe you’re a little blinded by your own complacency. The worst thing that can happen when accepting someone else’s view is that you realise you aren’t perfect, and are thereby given a gift: the opportunity to grow.

7. Lower your defenses and take responsibility.

One of the major pitfalls we all fall into is what psychologists call the “fundamental attribution error.” It means that when something good happens to you, like receiving praise for a performance, you attribute it to your own inherent competence; and when something bad happens, like receiving criticism, you attribute it to the situation (your mood, lack of sleep, confusing instructions, etc). We’d all be better off if we lowered our defenses and accepted our faults as our own.

One of the most basic beliefs we carry about ourselves, according to Stanford researcher Carol Dweck, concerns how we view our own potential. A “fixed mindset” assumes that our character, intelligence, and creative ability are static givens which we can’t change in any meaningful way, and success is the affirmation of that inherent intelligence. In this mindset, striving for success and avoiding failure at all costs become a way of maintaining the sense of being smart or skilled.

A “growth mindset” thrives on challenge and sees failure not as evidence of unintelligence but as an opportunity for growth and for stretching our existing abilities. It’s a resilient mindset, and one that appreciates, rather than dreads, criticism. Read more about developing a growth mindset here.

Without failure, even on a small scale, we don’t learn much. Receiving a poor grade on an exam or evaluation can seem like the end of the world, but if you care about your education more than your image, it will be a good thing to fail once in a while. Failing in the eyes of others is certainly more difficult to endure, but the best way to earn back their respect is to accept their assessment as a challenge.

During or after a critique, asking questions for clarification can make the difference between accepting or rejecting someone else’s advice. We don’t always understand where our critic is coming from because we are so wrapped up in our own emotions. But what if we had the dignity to show we care about their opinion–and improve our own understanding of their view–by going further rather than drawing back? Who knows– doing so might even convince us they’re on to something.