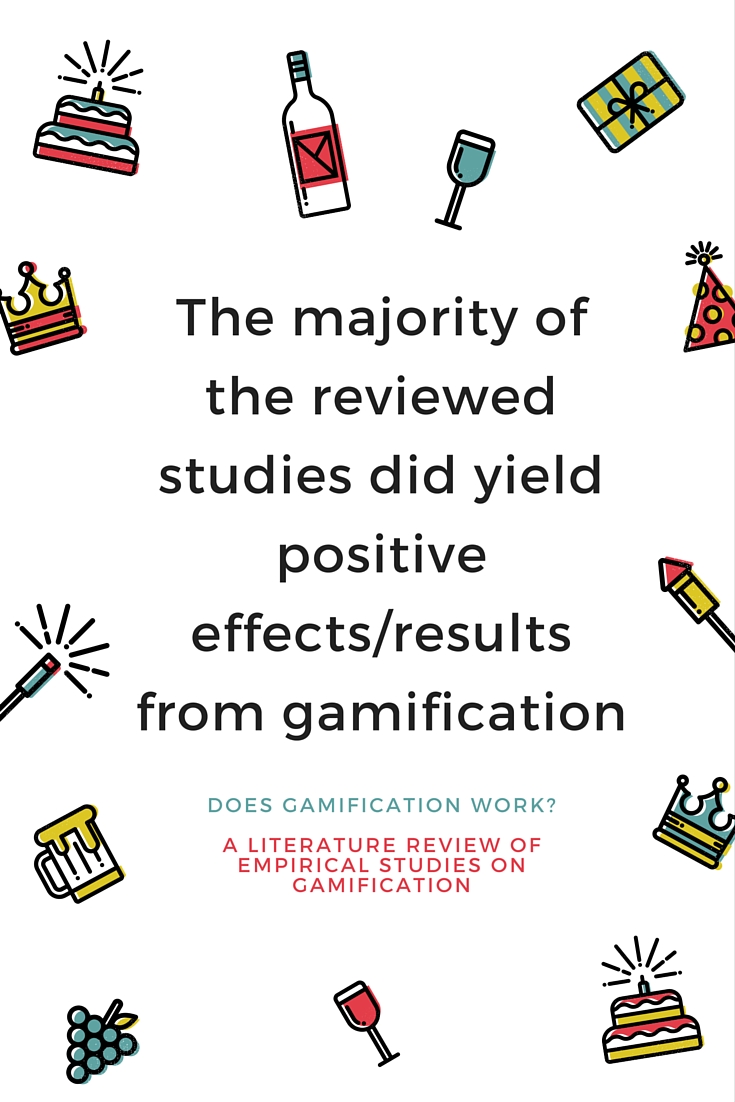 This year the NMC Horizon Report eliminated “games and gamification” from its list of emerging technology trends in K-12 settings. NMC’s CEO Larry Johnson explained that, “For most people, it’s just too hard to integrate and there are no tools to make it easier.” Though gamification has been widely adopted in other industries like marketing and professional development, Johnson says he just doesn’t see it “making the mainstream” in education.

We’re here to say that Johnson is mistaken. Gamification is not a dying trend, and it’s not too difficult to integrate into a formal learning setting. Mostly, it’s just misunderstood. If we start thinking of games the same way we think of educational technology, the path becomes clear: we can’t just add bells and whistles to a lesson and hope to spark engagement; we have to dig deeper into the psychology of why, below that shiny new surface, certain games so effectively capture a person’s attention.

It’s not as though formal learning settings are completely disconnected from the concept of gaming. “After all, schools already have several game-like elements,” write Hammer & Lee of the Teachers College at Columbia University. “Students get points for completing assignments correctly. These points translate to ‘badges,’ more commonly known as grades. Students are rewarded for desired behaviours and punished for undesirable behaviors using this common currency as a reward system.” But this doesn’t translate to engagement. And neither does simply adding more points and badges to a course.

What does translate to engagement, but often goes unrecognised, is a deep motivation that stems from low personal stakes and elusive but reachable goals.

When you play a game you enjoy, you are unknowingly entering a healthy relationship with yourself: For every success or failure, you unquestioningly accept full responsibility, but those successes and failures remain completely unpersonal. You aren’t affected emotionally because you know it’s “just a game.” This is an invaluable space of mind, a space where you trust yourself and don’t mind failing in order to improve, and this is what educators need to focus on when they attempt to gamify a course.

Gamification is not about punishments and rewards, which are external factors that will undoubtably lead to extrinsic motivation. It’s about occupying that safe space in which failure and success are necessary and natural parts of the journey, and learning to take neither one so personally.

What Works & What Doesn’t

In 2014, researchers at the University of Tampere in Finland examined 24 empirical studies focusing on gamification in education. They concluded: “Answering the question posed in title of the paper, Does gamification work?, the literature review suggests that, indeed, gamification does work” and “The majority of the reviewed studies did yield positive effects/results from gamification.”

The same year, researchers at the University of Toronto found that video games like Minecraft yielded significant educational benefits in a formal learning setting. The researchers interviewed educators who already used the game in their course, and then students were asked to share their experiences with it.

They write: “Findings suggest that Minecraft is mobilised as an excellent tool that decentralises instruction, encourages students’ creativity, facilitates collaboration in class, allows for cross-classroom and cross-curricular teaching, addresses some of the needs of diverse students and students who have experienced prior school struggles and may potentially even have therapeutic values for students with learning disabilities.”

Katie Salen, a game designer and DePaul University professor, puts it this way: “Games are rich with data. They’re filled with information for players around how they’re doing, where they need to go, how they need to get better.” And that data can be used by teachers as well as students. “Games open up assessment, so it’s really kid-facing, and that can be incredibly powerful.”

Jane McGonigal, PhD, is a world renowned game developer. Her 2012 TEDGlobal talk has had 4.5 million views, and her website is a great place to start learning about the value of games. She points out that we like people better if we’ve played a game with them; we bond and build trust. And contrary to popular thinking, she explains that games are not so much a tool for escapism but rather a way to use our best selves. Gamers are extremely productive and collaborative within the realm of a game.”

Yet if you peruse the literature, many studies will claim that gamification has negative affects on learning.

For example, in their study Assessing the effects of gamification in the classroom: A longitudinal study on intrinsic motivation, social comparison, satisfaction, effort, and academic performance, Michael D. Hanus and Jesse Fox of Ohio State University surveyed 71 students at four different times throughout the year in both “gamified” and “non-gamified” courses. They found that over time, gamified students were less motivated, empowered, and satisfied; gamified courses negatively affected final exam grades through intrinsic motivation; and gamified systems strongly featuring rewards may have negative effects.

But if you take a closer look at how the course was gamified–in this case, very simply, with a leaderboard and badges–you begin to see that not all gamification is created equal. Some of it ignores the most basic things we know about learning.

“For the design of educational games,” the authors write, “the results suggest that the challenge of the game should be able to keep up with the learners’ growing abilities and learning in order to endorse continued learning in game-based learning environments.”

Don’t we already know that all learning should take place within a student’s zone of proximal development? Isn’t this just called personalised learning? Of course gamification won’t work if it ignores these things.

Earlier this year, Varonis & Varonis of the University of Akron examined whether a game like “Candy Crush Saga” has structural, social, cognitive, or emotional effects on learning. The researchers found that while many factors influence game play, “it is crucial for each level to provide increasing challenges that motivate increased mastery but do not frustrate a player to the point of quitting.” Equally important is for learners to achieve a sense of “flow” through the opportunity to identify goals, meet challenges, and receive feedback. The authors believe this may encourage them to persist even when they are working autonomously, such as in an online environment.

Again, no surprises there. If you don’t gamify effectively, the changes you make to your course will not enhance student learning; in fact, they could hinder it. It’s all about taking the time to figure out what works and what doesn’t, and there is a growing body of research out there to help guide you.

How to Gamify Successfully

Hammer & Lee again: “It is not good enough to gamify school because it is the next fad, or because we believe students are motivated by points, or because we think badges will cause students to change their behaviors permanently. We must know what problems we are trying to fix, design systems that fix those specific problems, develop ways of evaluating whether those fixes work, and sustain those fixes over time.”

With that in mind, here are our top ten ways to do it right:

Here’s the bottom line: games are fun because the stakes associated with failure are low. When we start creating competitions around something so personally and emotionally salient as grades, the stakes become high and the game element disappears. Forget leaderboards, points, badges, etc. when grades are involved.

Many teachers claim they don’t have time to incorporate gaming principles into their lessons. But what about all that time students spend doing worksheets, either during the course or for homework? Assigning fifty math problems each night is a great way to ensure the failure of your less motivated students. Why not assign fifty minutes of Operation Math or DragonBox instead?

“Because games involve repeated experimentation,” write Hammer & Lee, “they also involve repeated failure. In fact, for many games, the only way tolearn how to play the game is to fail at it repeatedly, learning something each time. Games maintain this positive relationship with failure by making feedback cycles rapid and keeping the stakes low. The former means players can keep trying until they succeed; the latter means they risk very little by doing so.”

One reason games help us learn so quickly is that we receive instantaneous feedback from them. We know the moment we make a mistake, why we made it, and what the consequences are. We may not always know how to correct it right away, but we at least have the energy to try, since we the problem or challenge is still fresh in our minds when we receive that feedback.

5. Use active experimentation and discovery for hard sciences.

“The apparently simple mobile game Angry Birds asks players to knock down towers by launching birds out of a slingshot. Players must experiment with the game to figure out the physical properties of different tower materials, the ballistics of the slingshot, and the structural weaknesses of each tower. They launch birds, observe the results, plan their next moves, and execute those plans. In short, players’ desire to beat each level makes them small-scale, experimental physicists.”

6. Use role-playing and narration for social sciences.

Eric Nelson, a social studies teacher at North Lakes Academy in Minnesota, uses the concept of fantasy football to teach his ninth grade civics students about current events. Just as fantasy football team owners draft, cut, and trade players based on their performance, his students now do the same with countries.

“Nelson dubbed the game Fantasy Geopolitics,” writes USA Today correspondent Greg Toppo. “He’d replace passing yards and points per game with political crises and popular uprisings. Students could draft teams of countries and compete for the newsiest cluster. Lackluster countries would quickly sink to the bottom and get traded, but if an earthquake or military coup struck, say, Indonesia, the student who was following the news most closely could snatch it up before anyone else found out… What happened outside of the course was more surprising. Without Nelson’s urging or even his knowledge, students created a Facebook page that synthesised the international news they were following.”

“One critical game design technique is to deliver concrete challenges that are perfectly tailored to the player’s skill level, increasing the difficulty as the player’s skill expands. Specific, moderately difficult, immediate goals are motivating for learners, and these are precisely the sort that games provide. Games also provide multiple routes to success, allowing students to choose their own sub-goals within the larger task. This, too, supports motivation and engagement.”

“In the best-designed games, the reward for solving a problem is a harder problem.” Make this the case with learning too. Teaching students to relish a challenge and “beat their own score” is a valuable lesson that can help guide them through their educational careers and beyond.

Simply substituting gaming terms for regular terminology won’t increase student motivation. You can turn your entire course into a game, with points and scores badges in place for marks and grades, but unless the fundamental attitude around learning changes too, you won’t see a shift in student engagement. Just like we shouldn’t use technology for technology’s sake, we shouldn’t use gamification for gamification’s sake. Make it count.

I’ve said it before and I’ll say it again: We are all visual learners. Games are appealing in large part because they are visually stimulating. Use this knowledge to your advantage when creating gamified elements in your course.