The Truth About Deliberate Practice 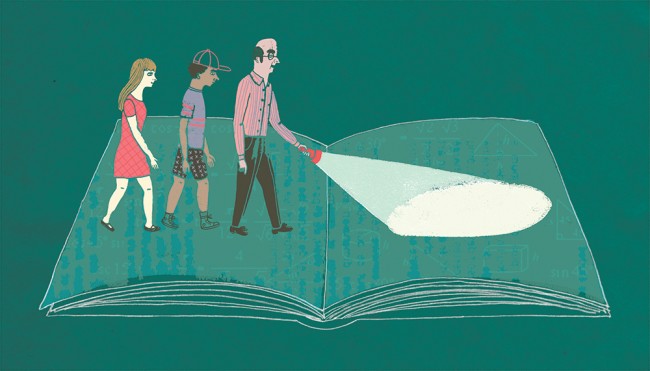 It’s been six years since Malcolm Gladwell popularized the concept of deliberate practice in his book, Outliers. What made it so popular was the notion that, when approached correctly, practice could effectively replace talent. As long as you reached the magic mark of 10,000 hours of dedicated study, you could become an expert in nearly anything. This “rule” could be traced back to a 1993 paper written by Anders Ericsson, a professor at the University of Colorado, and had been confirmed by numerous studies.

But as is the case with many trendy scientific concepts, the 10,000 hour rule was exaggerated and misrepresented by journalists and the general public. Starting last year, criticisms of the theory began cropping up all over the web, calling the rule a “myth” and a “waste of time.” Businessweek, The Huffington Post, BBC, Salon, Business Insider–all of these publications hastened to call Gladwell’s theory a hoax. But the truth of the matter is, neither Gladwell nor Ericsson ever said you could replace talent with practice one-hundred-percent of the time. What they found was a correlation, not a law, and it should never have been otherwise construed.

The truly significant finding introduced by Ericsson is not about talent versus practice; it’s about this term, “deliberate.” If you practice deliberately–in short, with purpose–you become far more likely to reach expertise than if you practice in the routine, detached fashion that comes more naturally to us all. This conversation is not about finding a substitute for talent. It’s about overcoming stagnancy and making the most of human potential. What Ericcson and Gladwell have to tell us is extremely useful, but only if we listen to what they’re telling us.

Ericsson’s paper, “The Role of Deliberate Practice in the Acquisition of Expert Performance,” isn’t just about reaching the 10,000 hour mark; it’s about how world-class individuals spend those 10,000 hours.

According to the paper, “deliberate practice is a highly structured activity, the explicit goal of which is to improve performance.” It consists of specific training activities, drills, and exercises designed to stretch the individual’s skills and thereby provide growth. It is not just business as usual. It’s not work, and it’s not play. Those activities are important, but they don’t count toward your 10,000 hours.

Think of regular practice as something you don’t put much conscious thought into, like tying your shoes or shuffling a deck of cards. These actions are virtually automatic, but that’s the trouble. When your behavior is automatic, you can’t improve it.

But since deliberate practice can be more taxing than regular practice, it can’t be done for 12 hours a day. As Ericsson wrote in the Cambridge Handbook of Expertise and Expert Performance, experts tend to have the following routines surrounding deliberate practice:

1. They can only engage in practice without rest for around an hour.
2. They practice in the morning with a fresh mind.
3. They practice the same amount every day, including on weekends.
4. They only have four to five hours of deliberate practice a day.
5. If they don’t get enough rest, they can get overtaining injuries or burnout.

So what’s so special about 10,000 hours? Turns out, Ericsson’s not the only one to have noticed it. John Hayes, a cognitive psychology professor at Carnegie Mellon University, has been investigating the role of effort, practice, and knowledge in top performers for decades. He has studied the most talented creators in history—people like Mozart and Picasso—to determine how long it took them to become world class at their craft. Not only that, but he’s investigated the choices and experiences that have led to their success.

Hayes started his research by examining successful composers. He analyzed thousands of musical pieces produced between the years of 1685 and 1900. The central question that drove his work was, “How long after one becomes interested in music is it that one becomes world class?” Eventually, Hayes developed a list of 500 pieces that were played frequently by symphonies around the world and were considered to be the “masterworks” in the field. These 500 popular pieces were created by a total of 76 composers.

Next, Hayes mapped out the timeline of each composer’s career and calculated how long they had been working before they created their popular works. What he discovered was that virtually every single “masterwork” was written after year ten of the composer’s career. (Out of 500 pieces there were only three exceptions, which were written in years eight and nine.)

Not a single person produced such monumental work without putting in a decade of practice first. Even a genius like Mozart had to work for at least ten years before he produced something that became popular. Professor Hayes began to refer to this period, which was filled with hard work and little recognition, as the “ten years of silence.”

In followup studies, Hayes found similar patterns among famous painters and popular poets. And, just like Ericsson, he found that it mattered how these masters practiced–that is, deliberately.

The study that put Gladwell and Ericsson into hot water came from Zach Hambrick, associate professor of psychology at Michigan State University. Hambrick and his colleagues decided to study musicians and chess players to examine the relationship between mastery and practice. Reanalyzing data from 14 studies of top chess players and musicians, they found that practice accounted for only 30% of the variance in rankings for musicians, and only 34% of variance for chess players.

“We looked at the two most widely studied domains of expertise research: chess and music,” says Hambrick. “It’s clear from this data that deliberate practice doesn’t account for all, nearly all or even most of the variance in performance in chess and music.”

Two-thirds of the difference, in fact, was unrelated to practice. And while one player took two years to become a grandmaster, another achieved that level only after 26 years, giving them huge variance in the hours of practice they did.”

Another study, released in early July, boded even worse for Gladwell and Ericsson. The research, conducted by Hambrick and Brooke Macnamara of Princeton, suggested that accumulated practice doesn’t significantly affect performance role in music, games, sports, professions, or education. Overall, deliberate practice accounted for only about 12 percent of individual differences observed in performance.

“Deliberate practice is unquestionably important, but not nearly as important as proponents of the view have claimed,” said Macnamara.

As part of their paper, the researchers scoured the scientific literature for studies examining practice and performance in the different domains. Of the many studies they found, 88 met specific criteria, including a measure of accumulated practice and a measure of performance, and an estimate of the magnitude of the observed effect. The selected studies had a total sample size of 11,135 participants. The researchers took those studies and performed a “meta-analysis,” pooling all of the data from the studies to examine whether specific patterns emerged.

Nearly all of the studies showed a positive relationship between practice and performance: the more people reported having practice, the higher their level of performance in their specific domain.

The findings also showed that the effect of practice on performance was weaker when practice and performance were measured in more precise ways, such as using practice time logs and standardized measures of performance.

“There is no doubt that deliberate practice is important, from both a statistical and a theoretical perspective. It is just less important than has been argued,” Macnamara says. “For scientists, the important question now is, what else matters?”

Macnamara and colleagues speculate that the following factors may play a part:
1. The age at which a person becomes involved in an activity
2. Certain cognitive abilities (such as working memory)
3. Commitment
4. Opportunity

Personality is an enormous variable, too, as are “things like grit, motivation, and inspiration — that ability to imagine achieving this high level, to fantasize about it.”

To be sure, Ericsson never wrote that deliberate practice was the only factor at play. But he does remain convinced of its importance. Earlier this month he told the New York Times that Macnamara’s paper does not meet his own on the same terms, pointing out that it uses a definition of practice that includes a variety of related activities, including playing music or sports for fun or playing in a group. His own studies, by contrast, focused on one type of practice only: one-on-one lessons in which an instructor pushes a student continually, gives immediate feedback, and focuses on weak spots.

“If you throw all these kinds of practice into one big soup, of course you are going to reduce the effect of deliberate practice,” he told the magazine.

I, too, have my reservations about the new research. Deliberate practice, “less important than has been argued”? How can it be true? Certainly, talent does exist in some form. Take chess grandmaster Magnus Carlsen, for example, who achieved expertise just five years after he began playing at the age of eight.

David Lubinski, a professor of psychology at Vanderbilt University, who has studied talent identification and development, says “The view that essentially anyone can do essentially anything is not scientifically defensible.” And as much as it stings all of us hopefuls out there, it explains a lot. Still, when talent leaves the picture, the single most powerful contributing factor must be deliberate practice. How could it be otherwise?

In Defense of Deliberate Practice

There is much more evidence in support of deliberate practice than against it, and at the end of the day, that’s what counts. In 2005, a study published in Applied Cognitive Psychology revealed the opposite of Hambrick’s findings: chess players do improve through deliberate practice.

In the study, two large, diverse samples of tournament-rated chess players were asked to estimate the frequency and duration of their engagement in a variety of chess-related activities. Variables representing accumulated time spent on serious study alone, tournament play, and formal instruction were all treated as significant. The data revealed that among the activities measured, serious study alone was the strongest predictor of chess skill in both samples, and that a combination of various chess-related activities accounted for about 40% of the variance in chess skill ratings. Chess players at the highest skill level (i.e. grandmasters) expended about 5,000 hours on serious study alone during their first decade of serious chess play—nearly five times the average amount reported by intermediate-level players.

The story is similar when it comes to musical performance. In the 1990s, researchers went to Berlin’s Academy of Music and divided the school into three groups: the stars, the “good” performers, and those who were unlikely to ever play professionally and would probably become music teachers. They were all asked the same question: “Over the course of the years, ever since you picked up a violin, how many hours have you practiced?”

All the violinists had started playing at around age five, and they all played about two or three hours a week during their first few years. However, around the age of eight, an important difference began to emerge in the amount of hours they each practiced. By age 20, the stars in the group had all totaled 10,000 hours of practice over the course of their lives; the “good” students had totaled 8,000 hours, and the future music teachers just over 4,000 hours.

Whether we can depend on the 10,000 hour rule or not, the literature clearly points to deliberate practice as essential to mastery in any field. No one–not Ericsson, not Gladwell–denies the fact that talent may account for performance, but when it doesn’t, we can’t ignore the influence of practicing with a purpose.